On this post, I will explain Fiata Warehouse Receipt, an international trade document, only issued by freight forwarders, whom are the members of the FIATA (International Federation of Freight Forwarders Associations).

The FWR is an acronym which stands for “Fiata Warehouse Receipt”.

FWR is a standardized document format created by FIATA (International Federation of Freight Forwarders Associations) for general use in international and domestic trade.

FWR has restricted to be used only by FIATA members.

Just until a couple decades ago, freight forwarders had been providing very limited services to their clients; such as negotiating freight charges, booking cargo space and making freight consolidations.

After the globalization era, freight forwarders had been expanding their services to new areas such as providing warehousing, tracking and on time delivery services with the help of modern information and communication technology.

Freight forwarders have to issue a receipt for the merchandise they take possession when they provide warehousing services.

The FWR is a Warehouse Receipt which is a standard document for use in freight forwarders’ warehousing operations in both national and international scale.

Differences Between a Warrant and a Fiata Warehouse Receipt:

Warrant is a formal document that certifies or guarantees a receipt for goods that are being stored in a warehouse.

The FWR is not a “warrant” in legal means. When a warehouse keeper is requested to issue a “warrant”, the FWR cannot be utilized.

Why Exporters and Importers Use a FWR Certificate?

FWR is expected to be used in international transactions where Free Carrier (FCA) or Delivered at Terminal (DAT) trade term is chosen by exporters and importers.

According to Incoterms 2010 Rules:

Seller can prove to the buyer that he has already delivered goods to the buyer’s forwarder at the pre-determined warehouse by presentation of a Fiata Warehouse Receipt.

Also if the payment will be made via documentary collection or letter of credit, banks would request presentation of a FWR document.

What are the Main Characteristics of a FWR Certificate?

What are the Differences Between a FWR (Fiata Warehouse Receipt) and a B/L (Bill of Lading)? 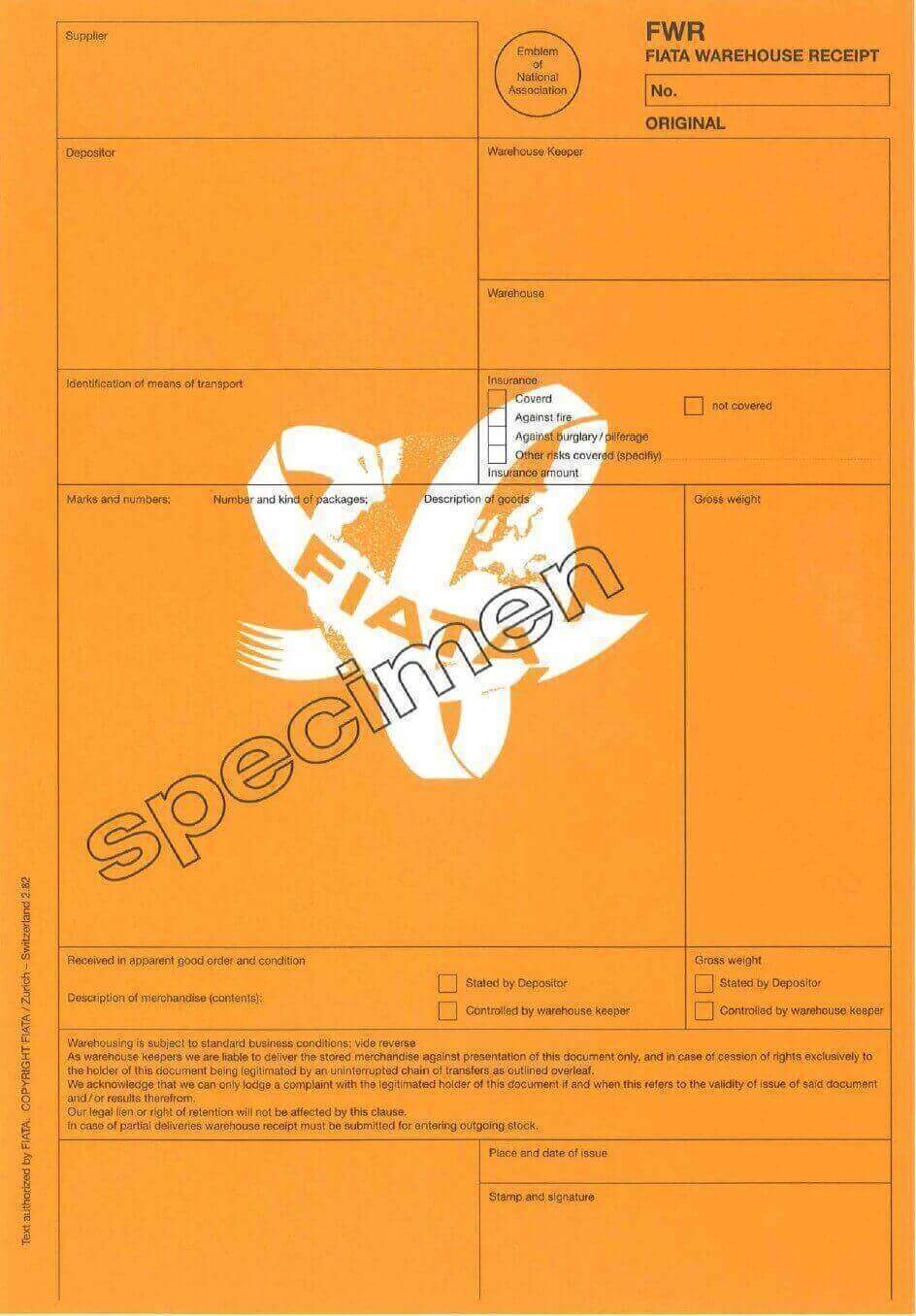 How to Determine Date of Shipment on an Air Transport Document?