Bill of lading, which is a transport document used in international trade, is an authentic receipt delivered by a carrier, confirming that the goods therein specified (markings, types of goods, number of packages, etc.) have been loaded or taken in charge for loading on a designated vessel for carriage to a specified port.

On this article you can find the definitions of “to order” and “blank endorsed” terms as used on bills of lading.

To order and blank endorse term is related to the consignee field of a bill of lading and determines if a letter of credit issued in a negotiable or straight form.

If you need more information regarding negotiable bills of lading and straight bills of lading, please read my article “What Does “Made Out to the Order of” Mean in a Bill of Lading?”.

To order bill of lading is the one that consignee part of the bill of lading have been completed by writing “to order” only as can be seen on the below example. 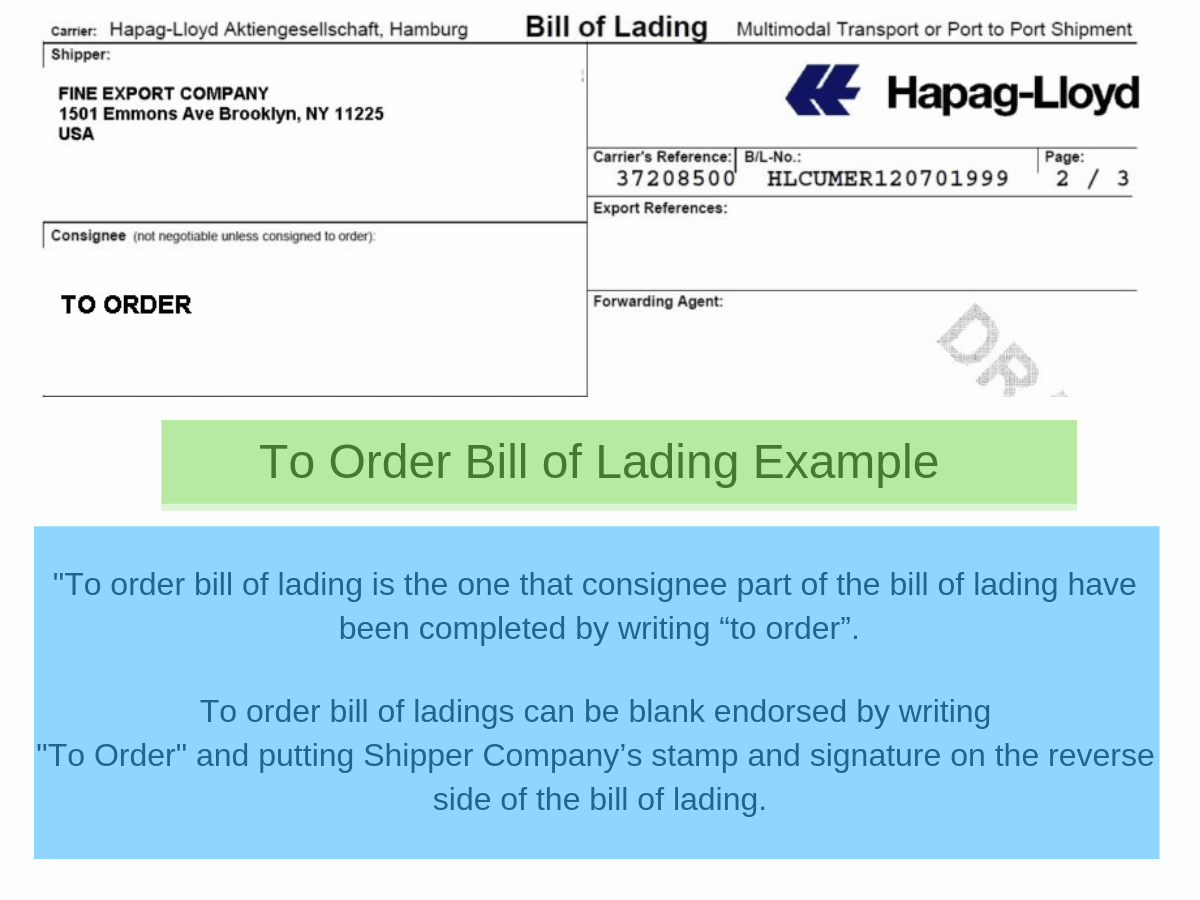 The shipper makes this determination with the help of the endorsement.

To order bill of ladings can be blank endorsed by putting Shipper Company’s stamp and signature on the reverse side of the bill of lading.

According to ICC experts a bill of lading issued to the order of a party can only be endorsed by the party stated in the “consignee” field of the bill of lading.

Only when the B/L is made out to order of the shipper is the shipper able to endorse in blank before presentation under the credit.

How to Determine Maturity Date if Letter of Credit States That...