Letter of credit is opened and finalized by the issuing bank.

The issuing bank is the institution that gives ultimate irrevocable and conditional payment guarantee to the beneficiary.

All other banks are acting according to the instructions and authorization that they have received from the issuing bank.

For example, an advising bank advises the letter of credit to the beneficiary as per the instructions that have been received from the issuing bank.

Similarly a confirming bank, nominated bank and reimbursement bank are all acting as per the issuing bank’s instructions and authorization.

On this post I will try to explain you one of the most important concepts in letters of credit: Issuing Bank. Here are the headlines of the article:

What is an Issuing Bank?

Issuing bank means the bank that issues a credit at the request of an applicant or on its own behalf. 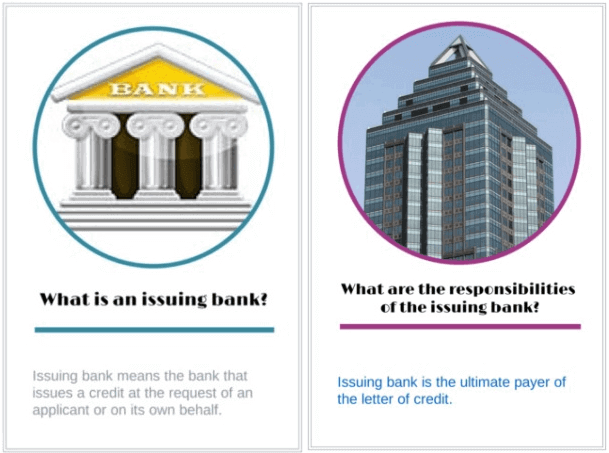 What are The Responsibilities of the Issuing Bank?

The issuing bank is the ultimate payer of the letter of credit.

Even if other banks do not pay to the beneficiary against a complying presentation, the issuing bank must pay the letter of credit amount.

This role of the issuing bank clearly defined under UCP 600.

Let us have a look at the issuing bank’s payment liabilities under the letter of credit rules with different availability options.

Letter of credit is available either by the nominated or issuing bank:

The issuing bank’s responsibilities will be effective as soon as letter of credit issued.

As a result an issuing bank is irrevocably bound to honor a complying presentation as of the time it issues the credit. 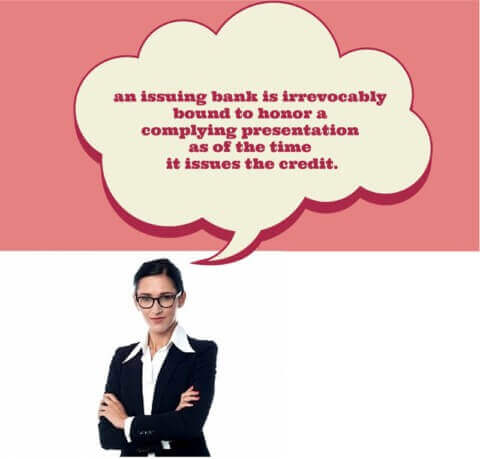 The issuing bank must reimburse the nominated bank which honored or negotiated a complying presentation and forwarded the documents to the issuing bank.

The reimbursement under the letter of credit available by acceptance or deferred payment is due at maturity, whether or not the nominated bank pays the credit amount to the beneficiary before the maturity date.

UCP 600 article 7 defines the roles and responsibilities of the issuing bank.

The issuing bank’s liabilities have been described in article 9 under UCP 500, which was the previous set of rules for the international letters of credit.

How Does an Issuing Bank Open a Letter of Credit?

I have already covered the topic “How to open a letter of credit?” from the importers perspective.

Today I would like to explain the letter of credit issuance process from the issuing bank’s point of view.

Opening a letter of credit is a commercial decision. Banks issue letters of credit in order to make profit.

An issuing bank charges letter of credit fees from the applicant against services it offers and risks it takes. 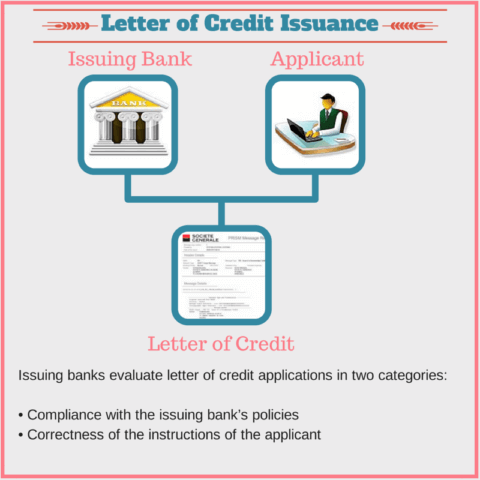 Letter of Credit Application’s Compliance with the Issuing Bank’s Policies: During the letter of credit issuance process, the issuing bank must ensure himself that he complies with national law and international regulations.

Some of the important points that must be controlled at this stage can be summarized as bellows:

Correctness of the instructions of the applicant: Documentary credit, when issued, carries the name of the issuing bank along with its reputation. As a result issuing banks must ensure that the letter of credit is defect free.

ISBP 745 correctly states that “Many of the problems that arise at the document examination stage could be avoided or resolved by the respective parties through careful attention to detail in the credit or amendment application and issuance of the credit or any amendment thereto.”

The discussion would be covering below points: 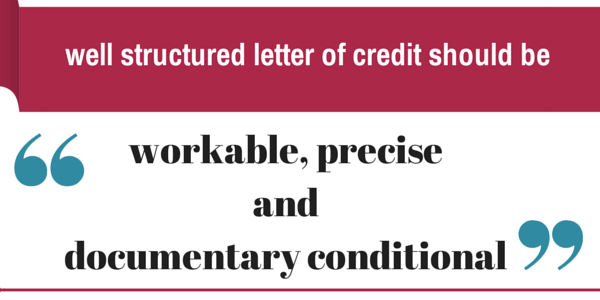 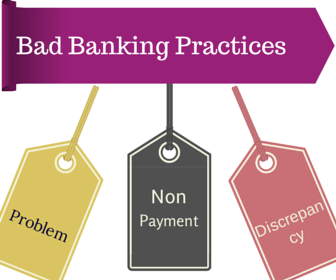 Example 1: The photocopy of bill of lading will be accepted by us as presented except if not complying with the next two conditions:

1. in case of sea transport, the transport document must indicate IMO ship number of carrying vessel.

2. shipment by a shipping co and/or by ship under sanctions US/EU/UN are forbidden.”

Example 2: Documents must be presented not later than 10 calendar days after credit issuance date

Example 4: One original bill of lading consigned to order and blank endorsed to be sent directly to the applicant. Courier receipt to be presented along with the shipping document.

Example 5: Claim must be submitted to us not later than 14 calendar days after expiry date.

Example 6: Negotiating bank must certify that documents were correct on first presentation.

Example 7: Documents must be correct on first presentation. Correction of documents is not permitted.

Example 8: Provided documents on first presentation are in strict conformity with the L/C terms, you are authorized to reimburse yourselves with the reimbursing bank.

Clauses specified above represent bad practice, and issuing banks should refrain from including such terms and conditions in their credit. 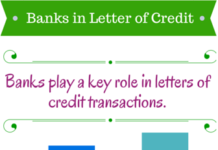 Banks in Letter of Credit 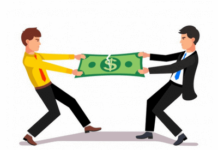