It is possible to load almost every type of manufacturing merchandise via containers  from consumer goods to big production lines by sea shipments.

Because international trade is generally materialized between the manufacturers and wholesalers or wholesaler and wholesalers, individual order quantities are high enough to fill a freight container.

But in some circumstances making the shipment by full containers do not make sense in economic terms. In these situations freight forwarders take the stage and consolidate cargoes into full containers.

Full Container Load (FCL) refers to a single container or multiple containers are booked by a shipper to transport their cargo exclusively under a bill of lading.(1)

Under Full Container Load shipments all containers stated on a bill of lading is booked and used by one party.

Less than Container Load (LCL) refers to cargoes owned by different shippers, grouped in a single container by the forwarding agent, allowing transportation of smaller volumes of cargo without paying for a full container; this is more cost effective for smaller shipments which cannot utilize a full container.(2)

An Indian exporter signs a sales contract with an importer in United Arab Emirates. Delivery term is CFR Abu Dhabi Port, U.A.E and the payment method is letter of credit.

After production is completed, the exporter decides that the shipment is suitable to be carried on a 20′ standard dry container. As a result he gets in touch with his freight forwarder and gets a quotation for a 1 x 20 DC shipment.

The container is not shared by a third party as a result shipment is effected on Full Container Load (FCL). The container number is PONU 089402-9

The bill of lading assures this point by indicating FCL/FCL abbreviation. 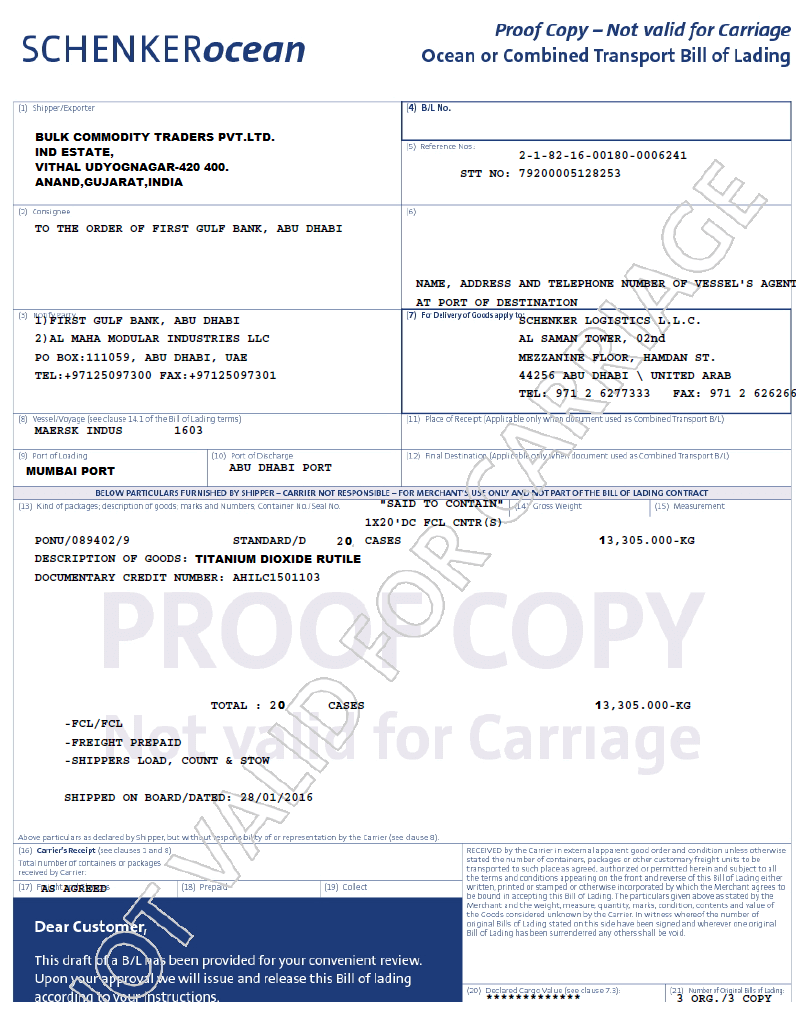 Example 2: Less than Container Load Shipment from Italy to Bangladesh

An Italian exporter signs a sales contract with an importer in Bangladesh. Delivery term is CFR Chittagong Sea Port, Bangladesh and the payment method is letter of credit.

After production is completed, the exporter decides that the shipment is too small for booking a 20′ standard dry container. As a result he gets in touch with his freight forwarder and gets a quotation for a Less than Container Load (LCL) shipment.

The freight forwarder consolidates the shipment into a 1 x 40 HQ container.

The container is shared by two or more shippers as a result the shipment is effected on Less than Container Load (LCL) term. The container number is TCNU/455605/6.

The bill of lading assures this point by indicating LCL/LCL abbreviation. 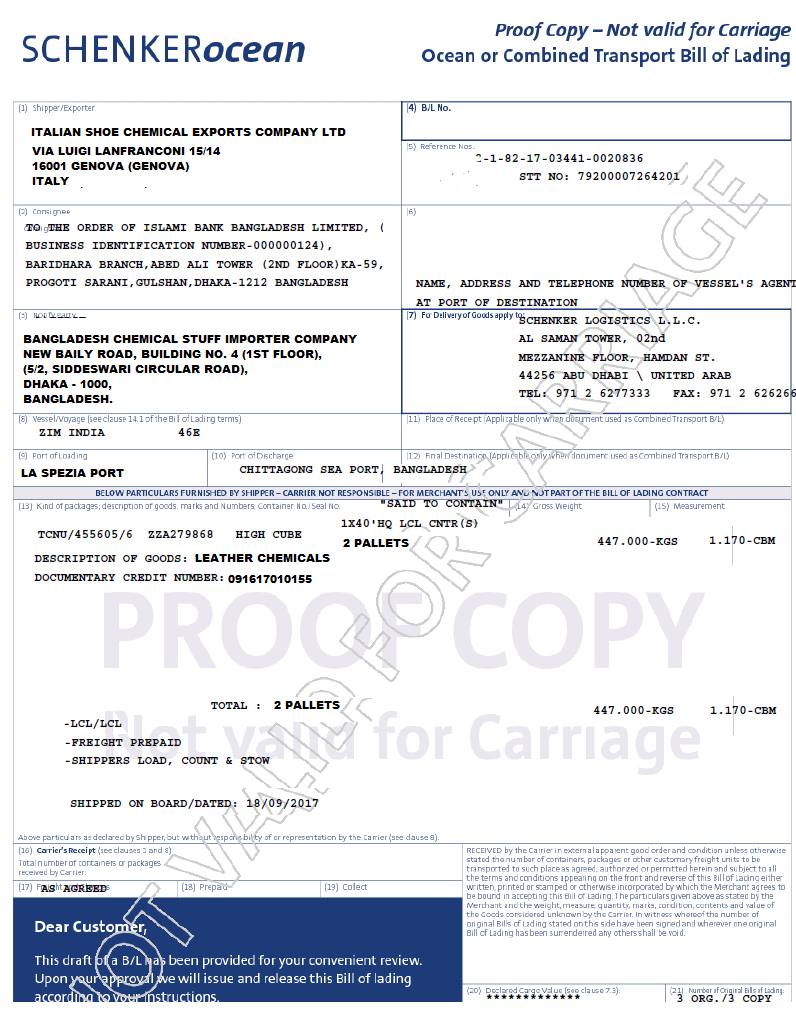 What is a Container Seal Number? Explanations with Examples