Published on 16.December.2014 – Trade Finance Survey reveals that significant amount of market gap exists between small and big size companies accessing for trade finance products even if the global economy has been recovering from the effects of last financial crisis.

In 2013, the global trade finance gap was estimated at $ 1.9 trillion. Of this gap, $1.1 trillion is in developing Asia (including India and the PRC). Banks reported a global rejection rate of trade finance applications of 29%.

However, in the company surveys, only a very few proposals for these types of finance were reported and rejection rates for these were very low with factoring at 7%, forfaiting at 3%, and credit insurance at 5%.

This suggests that these forms of finance have considerable room to expand globally.

Geographically, much of the gap in trade finance happens within Asia. Asia registered the largest share of proposed transactions at 57% of the global total. 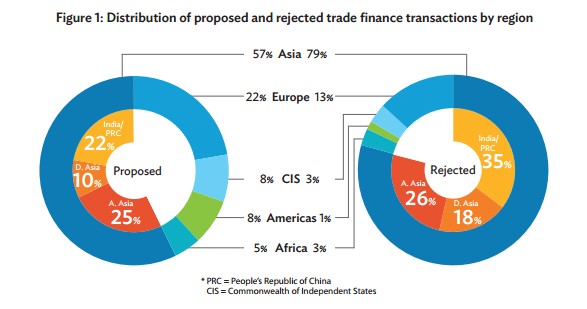 While it is impossible to disentangle the direct impact that trade finance has on economic growth and job creation, surveyed firms offer some insight into how better trade finance access would manifest in terms of these outcomes (Figure 2). 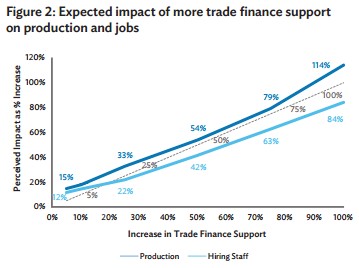