The transport document covering the carriage of goods by sea is called a bill of lading. B/L is the most frequently used abbreviation of the bill of lading.

Actually, the bill of lading is the generic name of the transport document, which is used in sea shipments.

On this page you can find information regarding the bill of lading that is mostly used containerized, port to port shipments.

What are the Functions of a Bill of Lading?

The bill of lading is the authentic receipt delivered by a carrier, confirming that the goods therein specified (markings, types of goods, number of packages, etc.) have been loaded or taken in charge for loading on a designated vessel for carriage to a specified port. (1)

A bill of lading is an instrument in writing, signed by a carrier or his agent, describing the freight so as to identify it, stating the name of the consignor, the terms of the contract for carriage, and agreeing or directing that the freight be delivered to the order or assigns of a specified person at a specified place. (2) 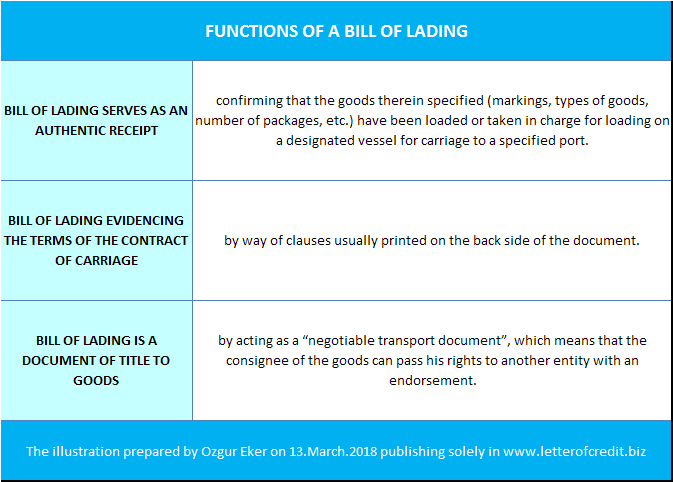 How to Use Bill of Lading in Letters of Credit Transactions:

The rules related to the multimodal bill of lading can be found under article 20 of UCP 600.

A bill of lading, however named, must appear to:

Special Hints Regarding the Bill of Lading From ISBP (International Standard Banking Practice):

You can find a bill of lading example below, that is evidencing a frozen meat shipment from Poland to Saudi Arabia. 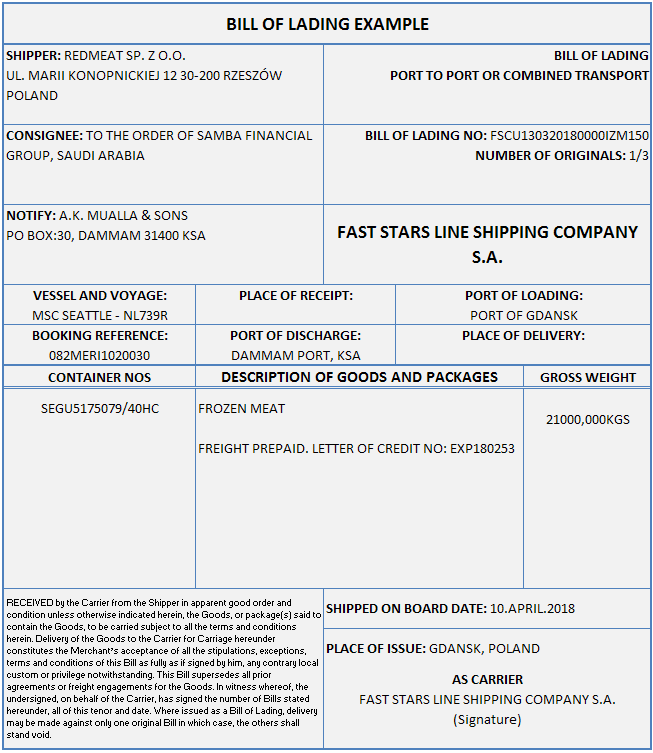 Document Issued or Countersigned by the Applicant: What are the Risks?