The certificate of origin verifies the country in which the goods to be exported
were originally manufactured.(1)

In regards to letter of credit rules, a certificate of origin is to be issued by the entity stated in the credit.

Discrepancy Example: Certificate of Origin not Issued by the Chamber of Commerce

The beneficiary presented a Combined Certificate of Origin and Value as shown on the below picture. 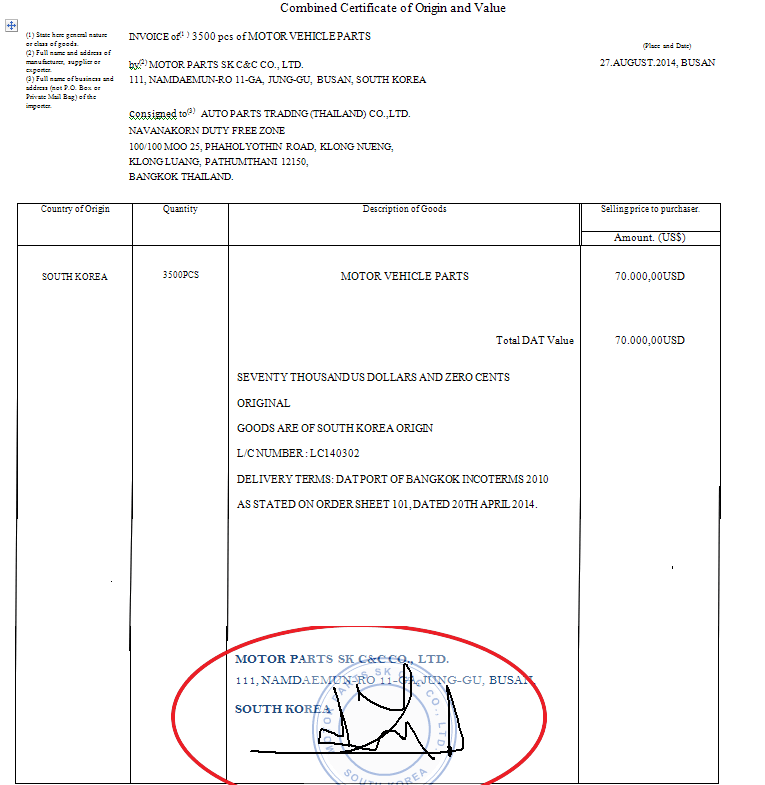 Reason for Discrepancy: A certificate of origin must be issued by the organization specified in the letter of credit.

But certificate of origin issued by the beneficiary instead of a chamber of commerce is not acceptable.

Inspection Certificate Not issued and Signed by the Party Required by...

All Originals of Insurance Policies Have Not Been Presented Discrepancy