The certificate of origin verifies the country in which the goods to be exported
were originally manufactured.

The certificate of origin could be issued on paper or electronic form.

Certificates of origin can be classified under two main groups:

When a credit requires the presentation of a specific form of certificate of origin such as a GSP Form A, only a document in that specific form is to be presented.

Discrepancy Example: Certificate of Origin Presented Instead of a GSP Form A:

The beneficiary presented a certificate of origin as shown on the below picture. 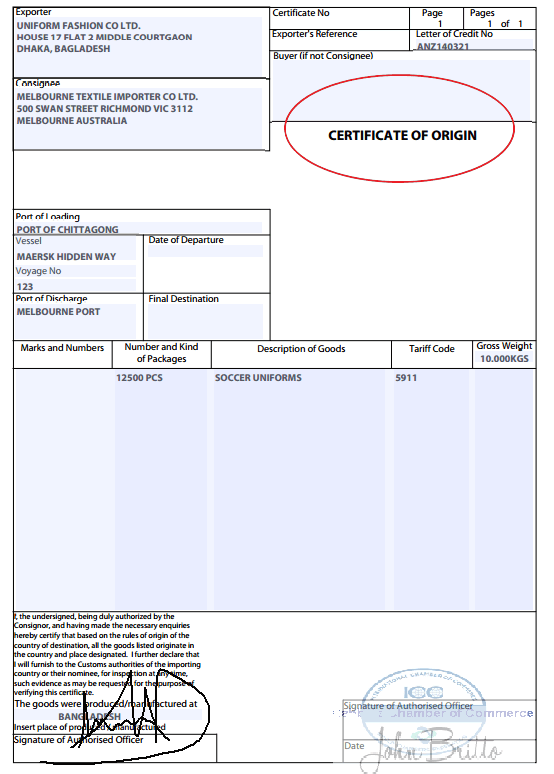 Reason for Discrepancy: When a credit requires the presentation of a specific form of certificate of origin such as a GSP Form A, only a document in that specific form is to be presented.

Container Number not in Accordance with the Bill of Lading Discrepancy