Bill of lading has always been a negotiable transport document for centuries.

Non-negotiable transport documents share two out of three basic functions of a negotiable bill of lading:

What Are The Main Differences Between a Negotiable Bill of Lading and Non-Negotiable Transport Documents?

The main difference between a negotiable bill of lading and non-negotiable transport documents is how the goods are delivered to the consignee. 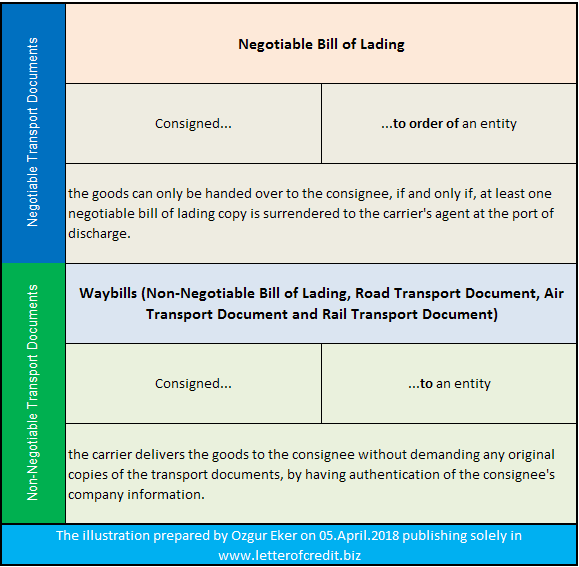 Sea waybill is a non-negotiable bill of lading, invented by the transportation industry very recently, to respond the market, that demands a more flexible marine transport document than a conventional bill of lading.

What Are The Advantages and Disadvantages of a Sea Waybill?

The main advantages of a sea waybill over a traditional negotiable bill of lading is its flexibility and ease of use.

Advantages of a Sea Waybill

Importers can clear the goods from the customs without needing to present at least one original copy of the bill of lading, when sea waybill is selected as a transport document.

This will reduce procedures and increase efficiency, and may help to eliminate or at least limit demurrage and detention charges at the port of discharge. 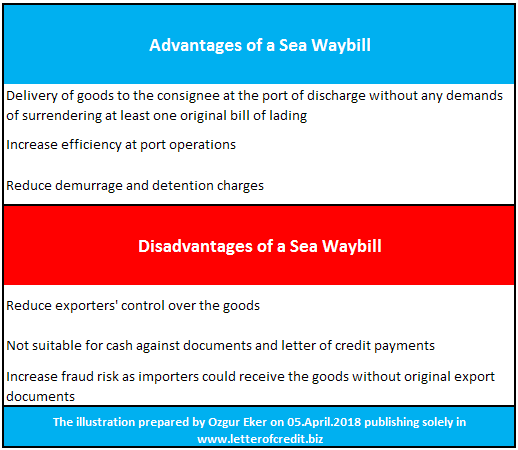 International trade has been increased in volume for the last couple of decades significantly; furthermore vessels are becoming faster and ports are getting quicker.

For example, one container vessel can travel around all major European Ports within a week.

It would not be possible for exporters to dispatch export documents, especially the bills of lading, within a such short period of time.

Consequently, importers may face to pay high amounts of demurrage and detention charges.

Actually, sea waybill has been invented to prevent such inefficient processes.

Disadvantages of a Sea Waybill

Main disadvantage of a sea waybill against a negotiable bill of lading is that it reduces exporter’s control over the goods, because of the fact that importer can clear the goods from customs without surrendering an original bill of lading.

This makes sea waybill not suitable for cash against documents and letter of credit payments and increases fraud risk.

How to Use Sea Waybill in Letters of Credit Transactions:

Non-negotiable Sea Waybill is covered under article 21 of UCP 600.

A non-negotiable sea waybill, however named, must appear to:

You can find a sample sea waybill below in blank format.

Please keep in mind that this sea waybill format is not suitable for letter of credit, because it does not contain any reference to contract of carriage. 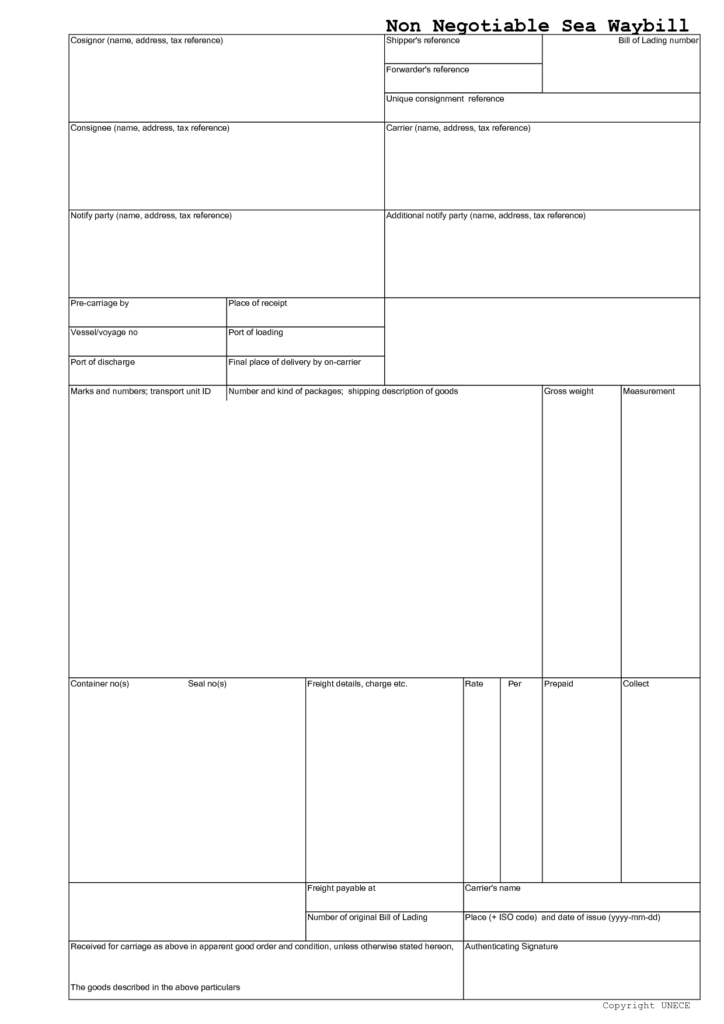 What Does Full Set of Bills of Lading Mean?