Contrary to popular belief, revolving letters of credit are not used frequently.

They may be utilized in limited occasions in international trade, especially when exporters and importers sign a long term commercial sales contract, which covers shipments of the same commodity on a regular basis such as;

An exporter and importer, who have concluded a contract as indicated above and wish to have a letter of credit issued to satisfy their contractual payment obligations, may apply for a revolving letter of credit.

Types of Revolving Letters of Credit:

Example: Letter of credit stipulates that 100.000,00 USD can be drawn on monthly basis for a 12 months validity period.

Example: Using the above example, the shipper could still ship USD 100.000,00 each month and be fully paid. If the shipper shipped USD 90.000,00 in a given month, they would still be paid provided that partial shipment is allowed for each shipments, but they could not get the additional USD 10.000,00 by shipping excessive amount on the upcoming months.

Type 2 – Cumulative Revolving Letter of Credit: Cumulative revolving letter of credit means that the unused sums in the L/C can be added to the upcoming shipments.

Example: Using the above example, the shipper could still ship USD 100.000,00 each month and be fully paid. If the shipper shipped USD 90.000,000 in a given month, they would still be paid, and they could get the additional USD 10.000,00 by shipping extra in the next months until letter of credit reaches to expiry.

ii. Revolvement Based on Value: A fixed amount is replenished every time just after it is utilized by the beneficiary within the overall validity of the revolving letter of credit.

Revolvement dependent upon value could be very risky for the issuing banks as beneficiaries can make excessive presentations if issuing banks fail to specify maximum letter of credit limit. 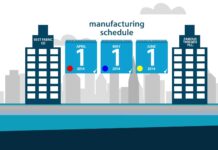 Confirmation and Confirmed Letter of Credit

Types of Standby Letters of Credit