Revocable Letters of Credit: Revocable letter of credit can be modified or cancelled by the issuing bank after its issuance at any moment without seeking the beneficiary’s consent.

There is one exception regarding the revocation of the credit.

Issuing bank must reimburse any nominated or confirming bank with which the revocable letter of credit has been made available if these banks fulfill their obligations under the documentary credit terms against complying presentation before they receive the amendment or cancellation notice from the issuing bank.

A revocable letter of credit can serve as a limited security payment method to the beneficiaries, because they are subject to amendment or cancellation without their prior knowledge.

As a result revocable letters of credit are not used frequently in international trade.

UCP 500,which is the previous letters of credit rules published by ICC, was indicated that a letter of credit may be either revocable or irrevocable.

UCP 500 assumed that a letter of credit is irrevocable in default of the indication whether it is revocable or irrevocable.

Current letter of credit rules, UCP 600, do not cover revocable letters of credit. This point is made clear in article 3 of UCP 600:

A credit is irrevocable even if there is no indication to that effect.

For example, issuing bank has no power to modify letter of credit terms if beneficiary does not find them acceptable.

In other words, every amendment at least requires beneficiary’s acceptance in order to be effective.

Letters of credits are transmitted through banks via a secure and authenticated system which is called SWIFT.

There are various swift message types for different situations. For example banks use MT700 (Message Type 700) when issuing a letter of credit.

We will examine SWIFT messages in detail later on.

Here we want to explain one section of MT700 swift message (Issue of a Documentary Credit) which contains the information regarding the type of the documentary credit.

In order to understand the letter of credit type we need to check Field 40A in a MT700 swift message. This field contains the necessary information regarding the form of the documentary credit. There are seven possibilities as seen below. 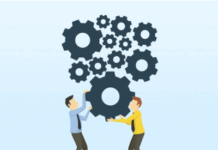 Types of Letters of Credit

What is Irrevocable Letter of Credit? Definition and Application