Bill of lading is a transport document covering the carriage of goods by sea.

Consignee means a person entitled to take delivery of the goods under a contract of carriage indicated on a bill of lading.

Shipper means a person that enters into a contract of carriage with a carrier. Shipper also known as consignor.

On today’s post I explain the main differences between the consignee and shipper fields of bills of lading.

Differences Between Consignee and Shipper 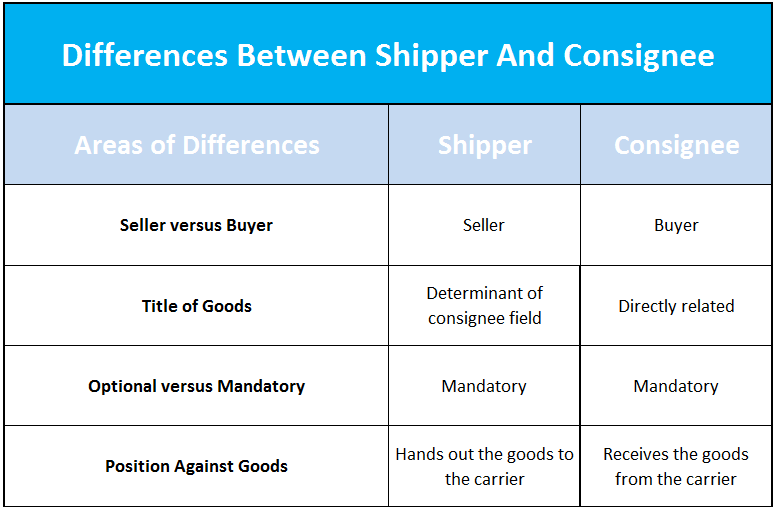 Usually consignor is the exporter and consignee is the importer in any shipping document used in international trade. Bill of lading is not an exception.

Consignee field determines how title of goods will be delivered from the shipper to the consignee.

Shipper determines how consignee field is completed by giving necessary instructions to the carrier.

What are the differences between received for shipment bill of lading...