A standby letter of credit is a bank’s undertaking of fulfilling the applicant’s obligations.

In case, the applicant can’t fulfill contractual obligations against the beneficiary of the standby letter of credit, then the beneficiary can apply to the issuing bank for full compensation.

A commercial letter of credit means any arrangement, however named or described, that is irrevocable and thereby constitutes a definite undertaking of the issuing bank to honour a complying presentation.

Commercial letters of credit are mainly used as a primary payment method in export and import of the tangible goods in international trade. 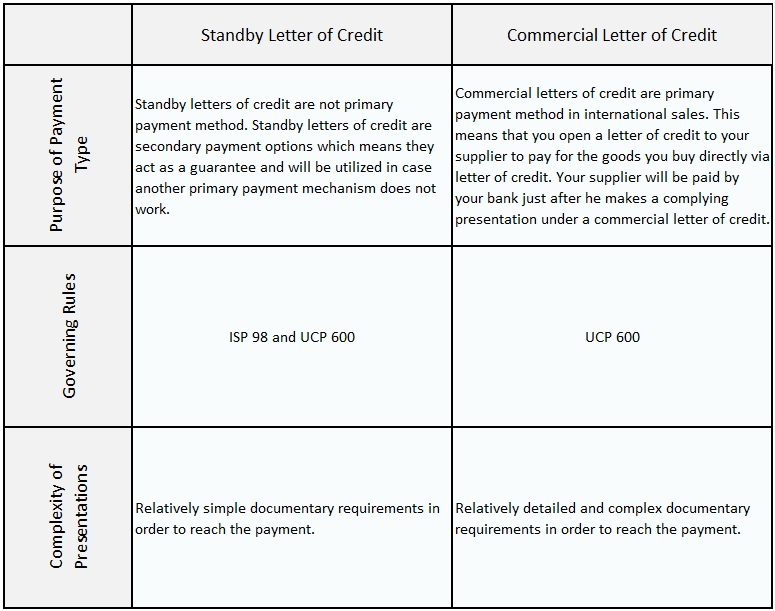 Both standby and commercial letters of credit;

Confirmation and Confirmed Letter of Credit