Partial shipment can be defined as shipping the goods not whole at once, but in smaller consignment(s).

If the shipper dispatches;

In order to understand, whether or not partial shipments are allowed under a documentary credit, you need to look at “Field 43P: Partial Shipments” within the swift message body.

If a letter of credit prohibits partial shipments, the beneficiary must ship the goods in full quantity under a single shipment. (Please be noted that there are some tolerances exist in the letter of credit rules. Refer UCP 600 Article 30-c).

Contrary acts will be punished by banks either with partial shipments effected or short shipment effected discrepancies.

Discrepancy Example: Short Shipment Discrepancy Under a Letter of Credit:

The beneficiary presented a commercial invoice as shown on the below picture. 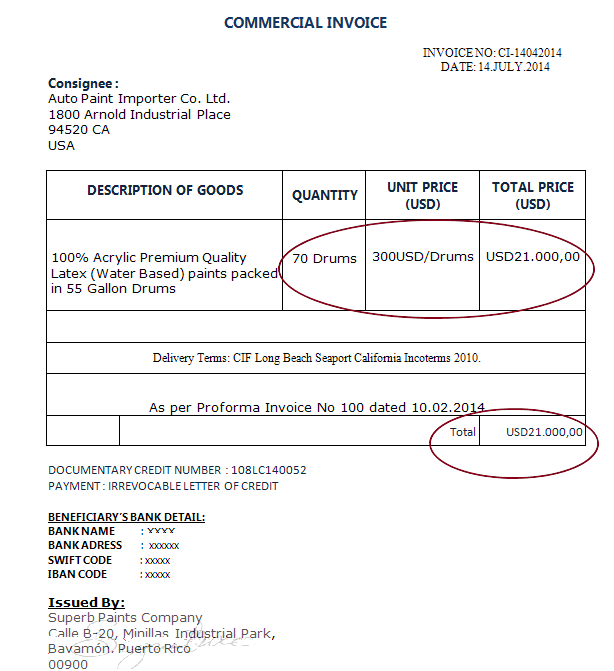 Reason for Discrepancy: Letter of credit prohibits partial shipments. Beneficiary should have shipped the goods in full quantity as called for in the credit under a single shipment.

Certificate of Origin not Issued by the Chamber of Commerce Discrepancy